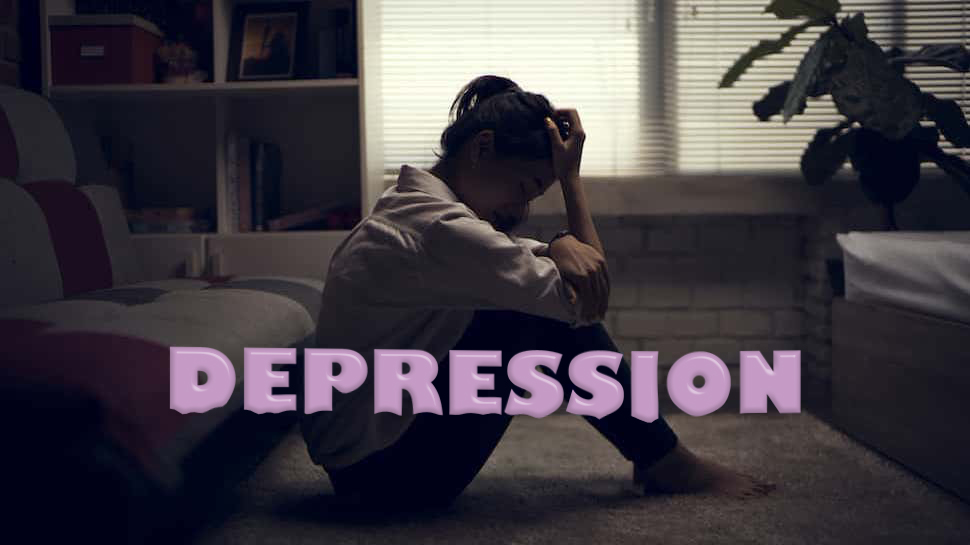 During the pandemic, there has been a sudden spike in mental health concerns and depression as a result of solitude, social isolation, and so on.

Did you know that in India there is 1 mental health professional for 20,000 patients? This means that only 0.05% of Indians receive any form of mental health treatment.

The reluctance towards receiving any treatment is a result of social stigma and stereotypes.

In this blog, let's address what depression is, what are its causes, and some of the signs of depression.

Depression is a  mental health condition that affects people in different ways and to varying degrees. It is usually defined as having a low mood or a pessimistic view of life that is present most of the time.

This disorder can be acute where it affects you for just a few days to a few weeks, but if not treated it can become chronic depression lasting for months to years.

Depression results in neurological imbalance such as disruption of the hypothalamic-pituitary-adrenal (HPA) axis and is often accompanied by physical symptoms like insomnia, low energy levels, and loss of interest in personal hygiene.

Depression has been blamed on a variety of factors including heredity, diet, lifestyle changes, and hormone imbalance. It can result from emotional as well as physical causes such as chronic disease or stress.

Sometimes it also occurs because of drugs such as painkillers and steroids which inhibit the production of serotonin. Cannabis has also been found to increase depression whereas pomegranate reduces it.

How Is Depression Different From Sadness?

A major difference between depression and sadness is that depression is more prolonged and it does not go away even after the sad situation is over.

It also has different signs to look out for like lack of motivation, changes in food habits (either eating too much or too little), constant irritability, and inability to enjoy once enjoyable activities among others.

With depression, you feel disappointed with life whereas sadness is only about the situation at hand. Sadness is about the loss of someone or something, the breakup of a relationship, or any other similar event.

Depression can be triggered by various factors. Psychiatric illness, childhood experiences, social isolation, iatrogenic effects (i.e. medication), and trauma are some of the reasons responsible for depression.

People suffering from acute grief can also have symptoms very close to depression but they will subside in about 6 months. And the treatment would be different too.

If you are being treated for chronic/ long-term sadness, chances are that your doctor might not think it is depression because sadness has become a way of life now.

It's important to note that everything is temporary irrespective of how long-lasting it feels. It'll go away if proper help is sought.

What Are The Signs Of Depression?

Some of the signs of depression are as follows:

The DSM-IV criteria for a major depressive episode consist of five or more symptoms that last at least two weeks and represent a change from previous functioning. At least one of the symptoms must be either:

(1) depressed mood or (2) loss of interest or pleasure.

Other symptoms include significant weight loss when not dieting, sleep disturbance, psychomotor agitation or retardation, fatigue or loss of energy, feelings of worthlessness or excessive guilt, diminished ability to think or concentrate, and recurrent thoughts of death.

What Are The Causes Of Depression?

Depression can be caused by various factors including genetics, biology, and family history of problems in early childhood development.

Having a family background that shows early-life depression is an indication that you are likely to develop depression at some point in time in your life.

There are other causes such as the use of illegal drugs, and chronic illnesses such as heart disease.

Other causes can be problems with the nervous system such as dementia, Parkinson's disease and Alzheimer's, stroke, head injury, Huntington's disease and multiple sclerosis.

Hormone disturbances such as those that occur with thyroid disease or during perimenopause and menopause.

Some medications like oral contraceptives containing estrogen can cause mood changes as well as some drugs for high blood pressure (antihypertensive medications).

Alcoholism is another possible cause of depression.

The social causes of depression are:

Even physical abuse or assault can lead to depression. In addition, people with a history of physical or sexual abuse as a child are at greater risk for developing depression as adults.

Sexual difficulties can also cause feelings of sadness and hopelessness that may lead to suicide attempts.

What Is The Treatment For Depression?

An individual who is depressed may feel hopeless about life. However, there is hope for them. Depression can be cured and there are many treatments available for depression. They include:

Psychotherapy, such as cognitive-behavioral therapy or interpersonal therapy.

Electroconvulsive shock therapy may be useful when other treatments don't work for severe cases of depression.

In some cases, treatment can involve a combination of therapies. However, not everyone benefits from the same treatment.

In most cases, if you're unable to improve with modest doses of medication and brief psychotherapy sessions regularly -- say once a week for six to 10 weeks -- your doctor will probably recommend more treatment. This might include either more sessions of the same treatment or switching to another type.

Medication alone is effective in treating depression for up to 30 percent of people with major depression. Sometimes the effectiveness of antidepressant drugs themselves can also help lift mood during this initial period of treatment.

Psychotherapy alone works for an estimated 25 percent to 40 percent of people with depression.

Talking therapies may be particularly helpful if you have trouble coping effectively with day-to-day activities, such as holding down a job or maintaining relationships.

The available treatments such as cognitive-behavioral therapy (CBT) and interpersonal psychotherapy (IPT) are time-consuming and expensive, which makes them out of reach for most people in India.

This is the primary reason why we need to raise awareness about this topic and crack the stigma associated with it.

Indian Psychiatric Society has initiated a national mental health plan, which would include suicide prevention strategies and provide specific attention to vulnerable groups such as women, children, adolescents, and the elderly.

Talking therapies may be particularly helpful if you have trouble coping effectively with day-to-day activities, such as holding down a job or maintaining relationships.

There is always hope for someone who is going through depression. Looking for help is the first step toward feeling better.

Depression is not only hard for the person diagnosed with it, but also for their family and friend circle. It can be quite a task to take care of them.

Hence, it becomes important to prioritize your mental health as a caretaker too.