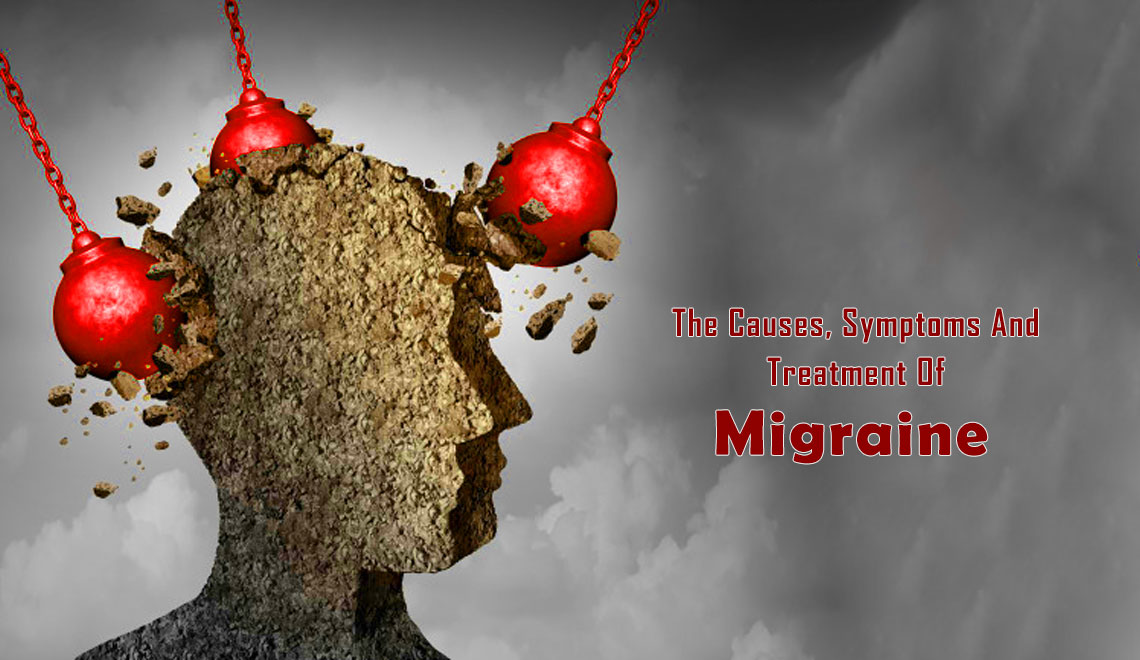 What Are The Causes Of Migraine? Know Symptoms And Treatment

Migraine is a complex, multi-symptom neurological disorder of the brain.

Migraine is known to affect around one-third of women and around twelve percent of men worldwide, making it the most common neurological condition that affects adults.

Migraines are characterized by periodic attacks of moderate to severe headaches accompanied by other symptoms such as nausea, vomiting, or sensitivity to light or sound.

These episodes can last for several hours up to days at a time depending on severity. Such episodes may be repeated over consecutive days (transformed migraine), months (chronic migraine), or years (hemiplegic migraine).

Although migraines are debilitating for sufferers, they also negatively impact interpersonal relationships by reducing overall levels of happiness in comparison with non-migraineurs.

A new study published in the journal ‘Brain, Behavior and Immunity’ shows that migraineurs who adhere to a Mediterranean diet (Med Diet) show less severe symptoms during attacks than those who do not follow the Med Diet.

A new study on women with migraine reveals a strong link between migraine headaches and a particular gene that is involved in the specific serotonin receptor that is found in the brain. The researchers at the University of Michigan Department of Neurology have discovered that this serotonin receptor plays an important role for those migraines sufferers who are female, as it is through this receptor that the migraine-causing chemical signals are transmitted.

An already existing study has linked serotonin to this gene, but it was not known until now that there is a direct correlation between women who have migraines and the specific serotonin receptor gene 5HT1F. Not only that, but each one of us carries different variations in our genes which can lead to structural mutations within proteins these genes encode for.

This new discovery could mean treatment possibilities opening up for those suffering from this common debilitating condition. However, at present, no treatments are available based on this research so far.

Migraine affects about 12% of the population globally with 2/3 being females. Although it’s quite common among adults, children as young as 3 years old can also be affected where it’s not unusual to see children getting migraines.

Migraine is typically characterized by severe headaches often accompanied by nausea, vomiting, and exacerbation of symptoms due to bright lights, loud noise, or even certain odors. Unfortunately for many women, this means having to take time off work or other activities which can be very frustrating for them as the pain causes severe debilitation in their lives.

To date, treatments include analgesic medications such as ibuprofen although some patients find relief with triptans that help ease inflammation around nerves and blood vessels. However, triptans are known to cause cardiovascular side effects so should be used cautiously if at all.