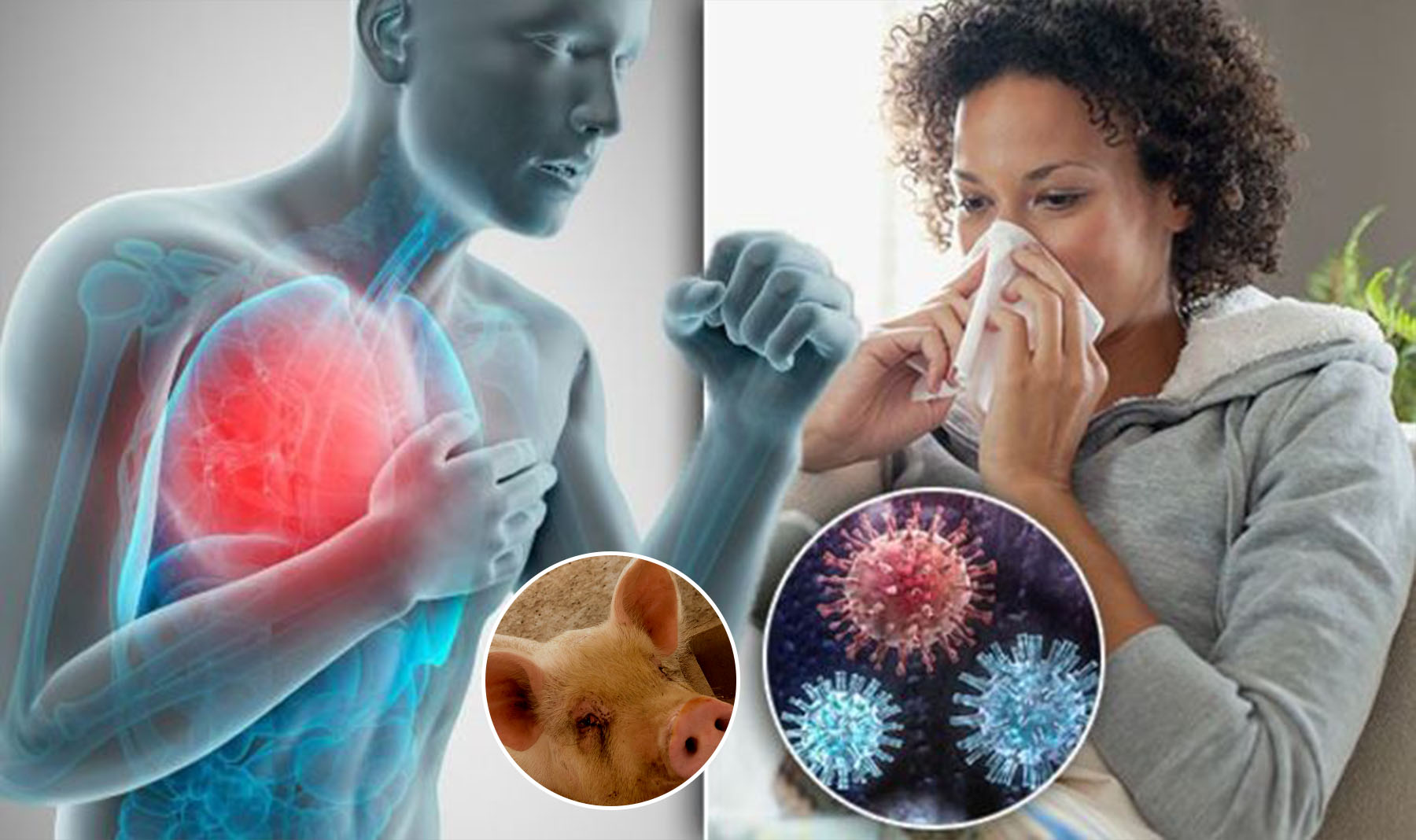 What Are The Signs, Symptoms And Treatment Of Swine Flu ?

Swine flu is a respiratory disease that is caused by influenza viruses that infect the respiratory tract of pigs, resulting in nasal secretions, decreased appetite, cough, and abnormal behavior. Swine flu has almost the same symptoms in pigs as human flu has, except for the behavior. Swine flu can last for one to two weeks in the pigs that survive the illness. Swine flu was first regarded as a pig illness and was first recognized by pork producers and veterinarians to cause infections in pigs. In many instances, people who were closely associated with pigs developed the swine flu infection.

How Is Swine Flu Transmitted?

Swine flu is transmitted from one person to another by inhaling or ingestion of droplets that contain viruses from people who sneezed or coughed. It is not transmitted by eating infected pork if the pork is properly cooked.

Yes, swine flu is highly contagious. It can spread through a person who is continuously coughing and sneezing and you breathe in the droplets of the cough or sneeze.

The contagious period for swine flu begins one day before the symptoms of swine flu develop and it can last about five to seven days. People with weak immune systems and youngsters including children may be contagious for a longer period of time.

How Long Is The Disease?

Signs And Symptoms Of Swine Flu

Symptoms of swine flu are likewise to most of the flues.

Treatment Of Swine Flu And How Can It Be Prevented?

The best way to avoid swine flu is to have its vaccination done. At first, a nasal spray vaccine was used but in 2016 the nasal spray has not recommended. The injectable vaccine is in the market and you can have the injection from the age of 6 months onwards. It is even safe for pregnant women.

Are There Any Home Remedies That Can Help With Swine Flu?

There are many flu treatments that were used by old people and they really work. Examples include using herbal green tea, cayenne pepper, menthol, ginseng, etc.  There are many over-the-counter medicines that can relieve the symptoms of flu which include naproxen, ibuprofen, and acetaminophen. It is better to consult a doctor before taking any medications or trying home remedies.